Version 0.99_24 is out in the wild. This release feature some cool changes in the user interface, but also some important bug fixes.

The "Join dialog" page now shows a list of available rooms, which makes it more intuitive and easy to find the correct chat room to join. The "Dialog name" input field can be used to search in the list of available rooms. The default list is sorted by number of participants, which makes it easy to find the most popular rooms on the current server. 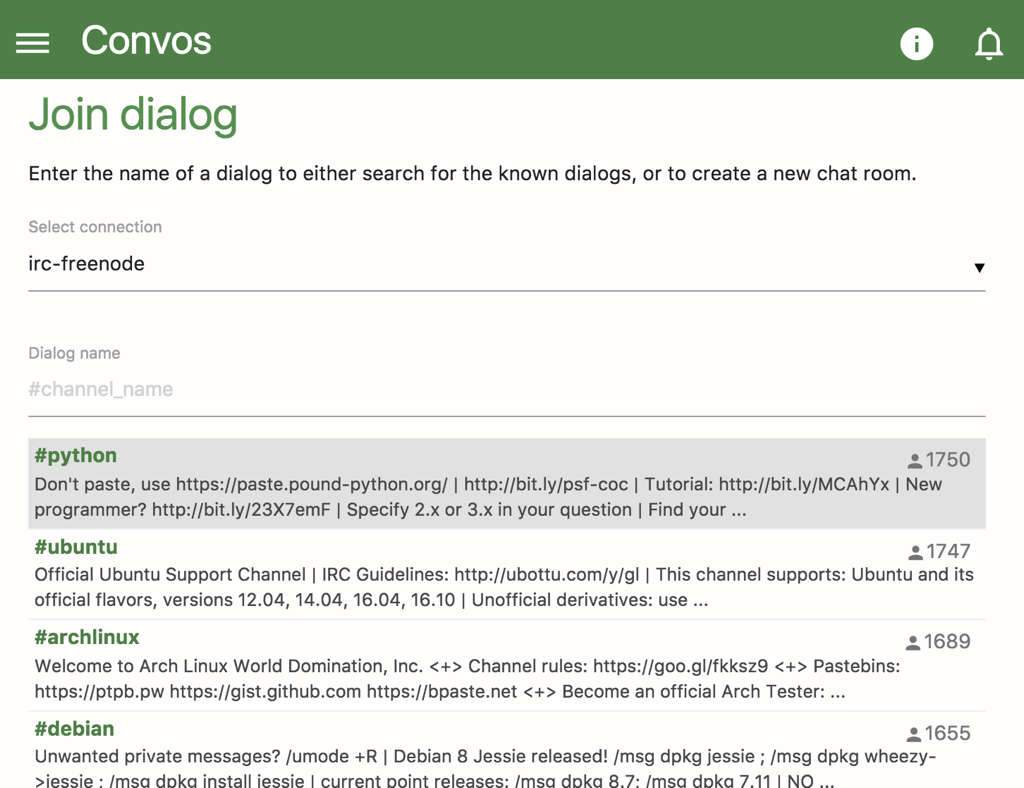 You can now send any IRC command

There used to be a limitation to which IRC commands you could send. This limitation is now removed.

Convos still handle some commands with custom logic (such as JOIN, WHOIS, ...), but other commands (such as WHOWAS) is now sent and received as raw IRC messages. Please let us know if your favorite IRC command should get some extra love, so it will render in a more pleasing way.

This version includes some bug fixes, here are the two most important fixes:

So what are you waiting for? Get the new version of Convos now!

And don't forget to contact us if something doesn't work as expected, or you just want to say hi.